DUI (Driving Under the Influence) are driving violations with two separate parts; one part is administrative and the other is criminal. The administrative component of a DWI or DUI falls under the domain of the Department of Motor Vehicles (DMV). It begins when a law enforcement officer asks a driver to give breath, blood, or urine for chemical testing. Although drivers are allowed to refuse chemical testing, refusal results in an automatic suspension of driving licensure in most states. Drivers who refuse chemical testing lose their driving licenses because Motor Vehicle Departments stipulate implied consent as a condition of licensure. By acquiring a license, drivers voluntarily agree, or implicitly consent, to chemical testing whenever a law enforcement officer suspects them of driving under the influence of drugs or alcohol. Failure to comply with DMV mandated policies and procedures risks forfeiting the driving privileges granted by DMV licensure. Most states’ laws prohibit drivers who refused testing to apply for or be granted a conditional, restricted, hardship or other temporary license. Without a license, a driver is not entitled to drive until the suspension or revocation period expires.

Following a Free Consultation We will evaluate these possibilities:

The administrative license suspension program, known as “Admin Per Se” (APS) was signed into law as a stronger deterrent to drunk driving. The following information is a general guide for drivers age 21years and older who become subject to an APS driver license (DL) suspension or revocation. All APS cases are unique, and if this guide does not provide the specific information you are seeking, additional information is available on the DMV Website at www.dmv.ca.gov.

The Department of Motor Vehicles (DMV) is required to suspend or revoke the driving privilege of any person arrested for driving under the influence of alcohol or a combination of alcohol and drugs (DUI), who:


*NOTE: A urine test is not available unless:


WHAT HAPPENS TO MY LICENSE?

The temporary license does not allow you to drive if there is another DMV- or court-imposed DL action in effect.

The APS suspension or revocation is independent of any jail, fine, or other criminal penalty imposed in court if you were convicted of the DUI offense.

WHAT DOES DMV DO?

DMV automatically conducts an administrative review which may include an examination of the officer’s sworn report and any accompanying documents, such as an arrest or traffic collision report.

WHAT CAN I DO ABOUT THE SUSPENSION/REVOCATION?


Before the hearing, and upon request, you may see and/ or obtain copies of DMV’s evidence. If you want copies released to someone else, such as an attorney, you must give the person signed permission. You have the right to have a sign or language interpreter present at your hearing. Immediately notify DMV if you require an interpreter.

DMV ordinarily does not arrange to have the peace officer testify. However, DMV reserves the right to call the officer if his/her testimony is needed. You may subpoena the officer or any other witness(es) you feel may help your case and have relevant testimony or evidence to present. You are responsible for paying the required fees and for making sure your witness(es) receives the subpoena.

After the hearing decision, you may submit a written request for a Department Review within 15 days of the effective date of the notice. The fee for a department review is $120.

To reinstate your driving privilege after an APS suspension/revocation, you must:

Your need for a driver license is not an issue at the APS. Only the following issues will be discussed:

B.   If you refused or failed to complete a chemical test:

HOW LONG WILL I BE SUSPENDED OR REVOKED?

A. If you took a chemical test, and the results showed a BAC of 0.04% while operating a commercial motor vehicle, or a BAC level of 0.08%or more, your driving privilege will be suspended for:


Court-ordered DUI probation prohibits a person previously convicted of DUI from operating a motor vehicle with any measurable amount of alcohol in the driver’s blood (0.01% BAC).

If you took a PAS or chemical test, and the results showed a BAC level of 0.01% or more, and you were on a court-ordered probation for a prior DUI conviction of CVC §§23152 or 23153, in addition to the APS suspension, DMV will impose a concurrentone-year suspension based on violation of your DUI probation. You are not eligible for a restricted license during the one-year period.

B. If you refused or failed to complete a PAS or other chemical test, and you were on a court-ordered probation for a DUI conviction of CVC §23152 or 23153, your driving privilege will be:

You may be eligible for a noncommercial restricted driver license if:

** FIRST OFFENSE. You must not have had another offense within ten years of a separate DUI violation, including a charge reduced to reckless driving, vehicular manslaughter, or violation of CVC §23140, which resulted in a conviction or separate administrative determination that you were driving with a BAC of 0.01% or more while on DUI Probation OR a BAC of 0.08% or more, OR a BAC of 0.04% or more in a commercial vehicle at any age, or you refused a test.

To be issued a noncommercial restricted driver license, you must:


NOTE: If you enroll and fail to participate or do not complete the DUI program, DMV will suspend your driving privilege for up to four months. 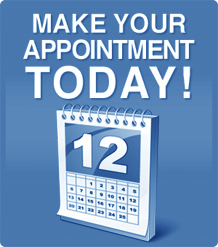